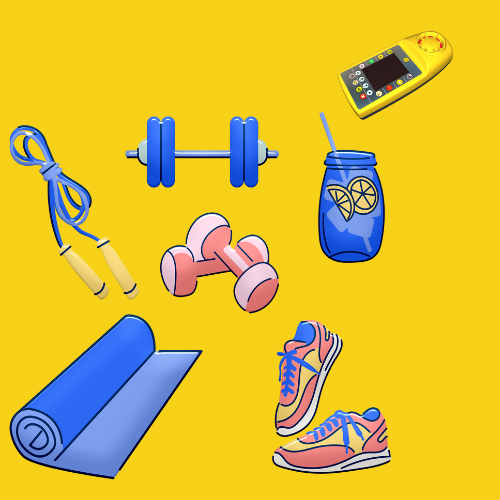 The Sportbeeper PRO is not just for football. We will show in this article that it is very useful in the school environment, thanks to its tests and its customisable library.

It is an electronic sports equipment to facilitate the teaching of PE to students in the environment:

The sportbeeper is the ideal tool to ensure the sequential and sound control of the exercises and thus free the PE teacher from tedious whistle blows, so that he/she can devote himself/herself exclusively to the animation of his/her session, without losing sight of his/her students/ pupils in action.

for the running, each teacher usually administers a MAS test. The sportbeeper will be of great help to him as he will not need to focus on the soundtrack or the stopwatch. This will allow them to check that their students are doing the test correctly. All the MAS tests carried out in PE by the teachers are present in the sportbeeper. As an example, we can mention the VAMEVAL and the Luc Léger shuttle test.

2- Cyclic, bicyclic and combined exercises: which sports material in the school environment?

In addition, the sportbeeper is used in many sports taught in secondary schools. The physical activity you need to think about right away should be running. This is not untrue insofar as it is possible to program a pace increase exercise as well as a step increase exercise. It is also possible to set up cyclic, bicyclic and combined exercises.As an example, in cyclic exercise, we can mention the best known: the 30 seconds 30 seconds.

3-The Sportbeeper is a sport material in the school environment useful for CrossFit.

The sportbeeper, which you have set up according to your exercise, will beep according to the session you have prepared. It will allow you not to constantly look at your stopwatch and whistle. Apart from CrossFit and distance running, the Sportbeeper PRO is useful in many school sports. The teacher can prepare the same lessons as when he/she did not have the sportbeeper. However, the sportbeeper allows the teacher to enter the desired programmes and takes care of the bell and the timer. As an example, we can mention that cycles of 7 minutes of play and 1 minute of recovery can be used when going downhill. The timer can also be used for weight training/lifting sessions, as it is possible to enter no recovery time.

5- Feedback from a high school teacher using the sportbeeper

I am a high school PE teacher

“After discussion with colleagues, this is a first assessment of how we use it:

We already owned the old version of the sportbeeeper.

We use the sportbeeper in almost all of our duration running sessions.
These cycles are held for all students in the 10th grade as well as for students in the 11th and 12th grades who have chosen the activity menu that includes running.
The beeper is also used during Crossfit sessions organised during PE classes or during the school sports association.

The M.A.S test function via the vameval is useful for us.
It would have been interesting for our use to be able to modify the distance between the studs for this test because the circumference of our lap is not a multiple of 20m. Don’t ask me why but our track is 208m. And by having the ability to change this inter-pad distance, we would be able to perform a more accurate test tailored to our constraints.
On the old beeper we used the Gacon 45-15 test.

The screen of the new model is much bigger.”

The entire team would like to thank François for his testimonial. 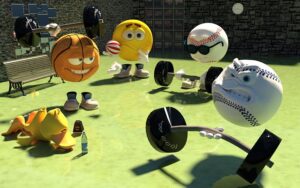