How to use the Sportbeeper PRO ? Which tests ? 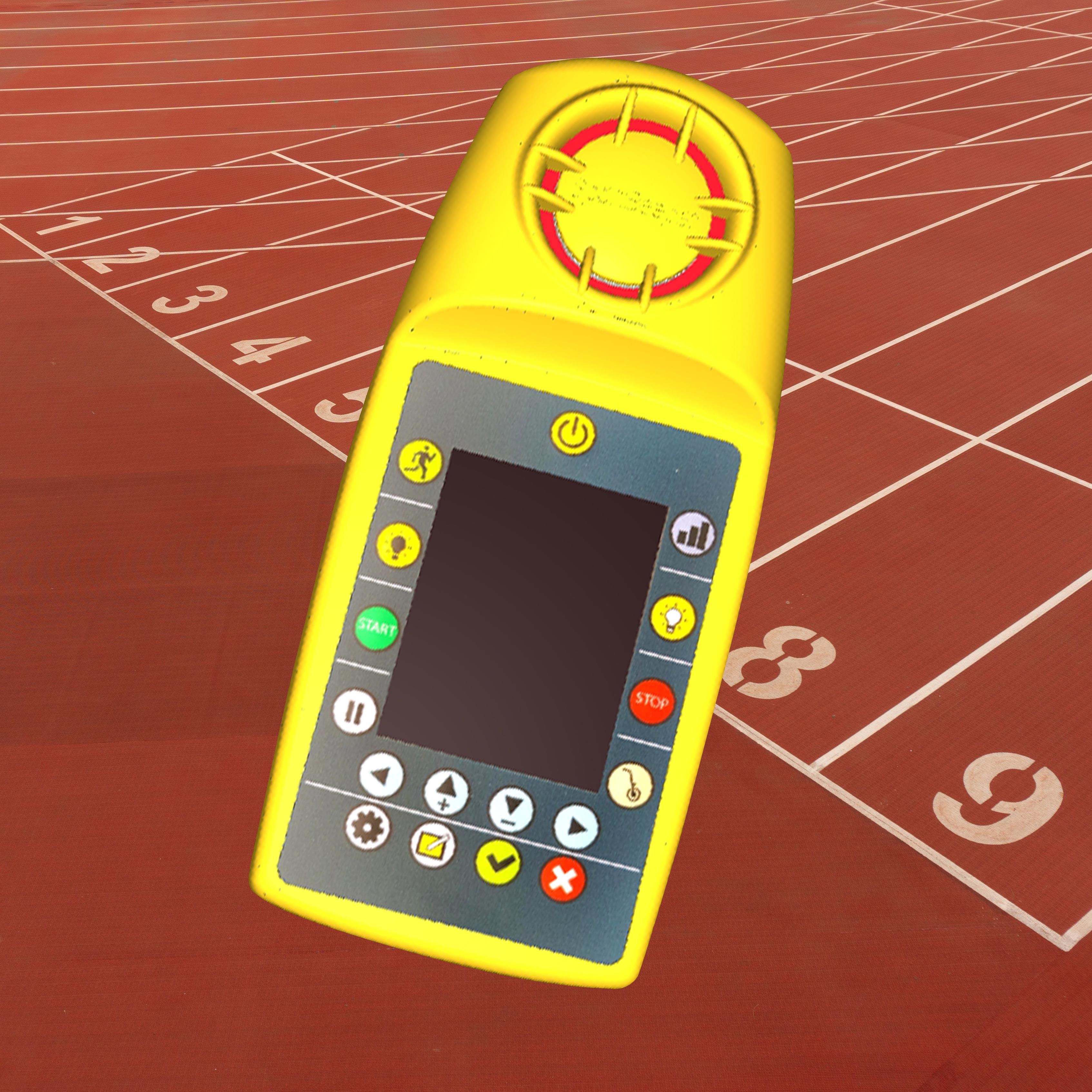 The Sportbeeper is an electronic assistant coach. It allows sequential and rhythmic control of aerobic training or testing.

It is mainly aimed at 3 training families:

What types of tests can be found in SportBeeper Pro?

There are four types of tests: 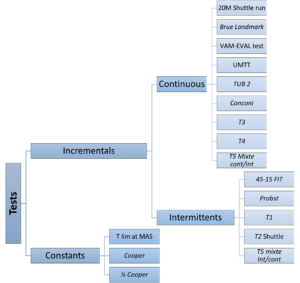 They are divided into two main families:

Then there is a further subdivision:

The SportBeeperPro offers the possibility to do the main tests to evaluate a MAS or to build your own test.

Maximum Aerobic Speed is the speed sufficient to reach VO2 max (F.Brue 1985) during a standardised progressive test and is evaluated in M/min or Km/h, however it is linked to the energy cost of motor skills. This means that 2 athletes with the same VO2 max do not necessarily have the same MAS, the more economical one runs faster.

Thanks to the menu : In the SportBeeperPro tests, you will be able to calculate a VMA, i.e. the speed limit that your athlete will have achieved in the last fully completed stage.

We hear that intermittent tests overestimate the MAS?

It is clear that the VMAs assessed, using certain intermittent tests, are higher than those of continuous tests and this is particularly the case with the 45-15.But is this an overvaluation?

We know that the aim of a test is to evaluate the VMA, in other words the vVO2 max, i.e. the maximum capacity of the aerobic engine of sportsmen. However, during a comparative study between the Brue test behind a cyclist (continuous test) and the 45-15 FIT test (intermittent), carried out by H. Assadi (University of Dijon), it was shown that both tests identify VO2max and FC max and that they only differ in the speeds reached under these two forms of motor skills.

He found that the VO2max achieved in the last stage were almost identical in the two types of tests, which proves that the VMA assessed by the 45-15 does not overestimate the VO2max, which is essential. Indeed, the short break between each level allows the myoglobin to recharge with oxygen and thus allow the athlete to last longer and successfully complete a greater number of stops and finish at a higher speed than in a continuous test.

This leads us to distinguish two forms of MAS, one continuous and the other intermittent. As the first tests were carried out in the laboratory and were continuous, they were associated with “continuous effort VMA” and this VMA, evaluated in this way, became the standard.

But in the field, we realised that this “continuous MAS” was too easy to repeat during intermittent training, and above all that it did not allow the athlete to reach his VO2 max during the effort, it had to be increased and moreover by trial and error (around 110%).

However, if a 45-15 FIT test is performed, the speed of the last stage completed in full becomes the 100% reference for calibrating customised intensities. As it has been shown that the speed limit of the 45-15 FIT test is a true vVO2 max, it is therefore false to say that this test overestimates the VMA and it is even the opposite because the technical precision is much better than a hazardous extrapolation.

To sum up, we note that it is no longer necessary to refer to a “continuous MAS” to calibrate intermittent training, which seems more logical (the continuous MAS will be reserved for continuous efforts such as the 1000M, 2000M for example).

The SportBeeper Pro is mainly used for outdoor training, but can it be used for indoor ?

Yes of course, it can be used in a gym for both shuttle tests and short intermittent exercises.
As you can see, the SportBeeperPro is an effort/counter-effort timer, so whenever you want to sequence a circuit of workshops (strength training, crossfit etc…) you can set the machine to manage the rotation of your workshops with precise timing.

For example, for a cross-training session with strengthening, crunches, abs, dumbbell exercises etc… You can set a short 30s / 15s or 40s-20s intermittent… and after explaining the content of each workshop, you can launch the SportBeeper Pro which will manage the timing of the session with rigour, so you are fully available to lead it and make any technical corrections.

We will soon be putting crossfit or circuit training videos on the site.